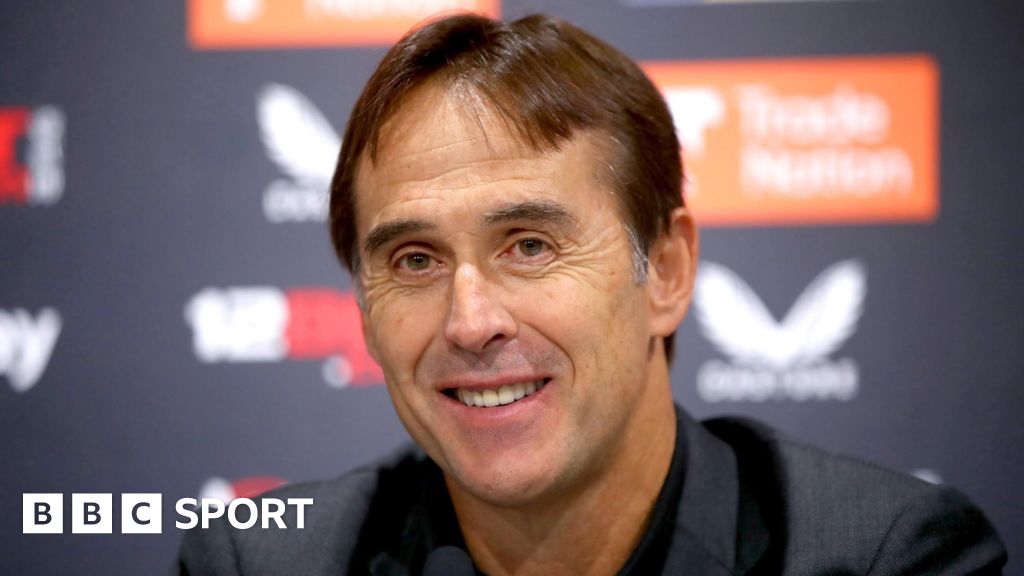 J﻿ulen Lopetegui says Wolves' motto will be "out of the darkness, comes the light" as he plots a turnaround in the club's fortunes after being appointed manager.

T﻿he Spain boss met the media for the first time on Monday since finally joining as manager, six years after first being touted for the role.

"﻿It is a dream for me to be here in the best league in the world," he said. "I had the possibility to come here before and now I am proud to be here.

"We need workers and fighters in this situation and I want the fans to be proud of their players at the end of games. We are going to achieve this by changing some things."

﻿The 56-year-old won the Europa League with Sevilla in 2020 and has also managed the Spanish national side.

H﻿e brings pedigree and experience to the West Midlands - but what style of football can Wolves fans expect?

"﻿Each coach has his style but above all I want us to be competitive," he said. "My teams are very compact defensively and the style is important - but the performance of the players is more important.

"﻿The fans were fantastic to me on Saturday [when he was introduced at Molinexu] and I want to pay them back.

"﻿We demand a lot from ourselves and the players and we have a lot of strengths as a team. Now, we have to improve more."